I was working on the About page over on PIXLS.US the other night. I was including some headshots of myself and one of Rolf Steinort when I got pulled off onto yet another tangent (this happens often to me).

This time I was thinking of those awesome hand-painted(!) portraits used by the Wall Street Journal by the artist Randy Glass. 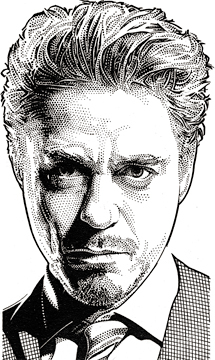 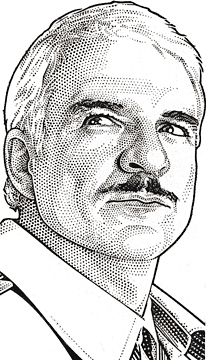 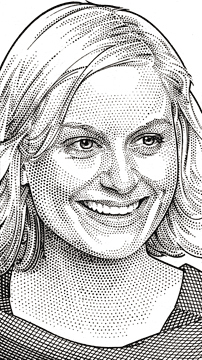 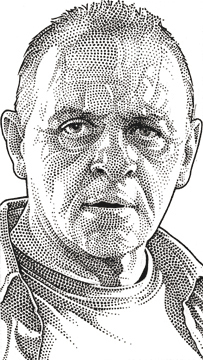 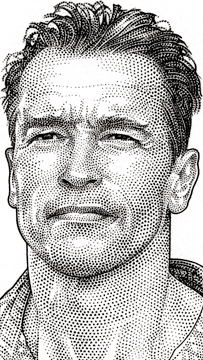 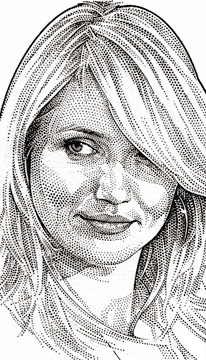 Of course, the problem was that I had neither the time or skill to hand paint a portrait in this style.

What I did have was a rudimentary understanding of a general effect that I thought would look neat. So I started playing around. I finally got to something that I thought looked neat (see lede image), but I didn’t take very good notes while I was playing.

This meant that I had to go back and re-trace my steps and settings a couple of times before I could describe exactly what it was I did.

So after some trial and error, here is what I did to create the effect you see.

Starting with your base image, desaturate using a method you like. I’m going to use an old favorite of mine, Mairi:

Duplicate this layer, and on the duplicate run the G’MIC filter, “Graphic Novel” by Photocomix.

Check the box to “Skip this step” for “Apply Local Normalization”, and adjust the “Pencil amplitude” to taste (I ended up at about 66). This gives me this result:

I then adjusted the opacity to taste on the G’MIC layer, reducing it to about 75%. Then create a new layer from visible (Right-click layer, “New from visible”).

Here is what I have so far:

On this new new layer (should be called “Visible” by default), run the GIMP filter:

If you don’t have the filter, you can find the .scm at the registry here.

This leaves me with a top layer looking like this:

(If you want to see something cool, step back a few feet from your monitor and look at this image - the Engrave plugin is neat).

Now on this layer, I will run the G’MIC deformation filter “random” to give some variety to the lines:

I used an amplitude of about 2.35 in my image. We are looking to just add some random waviness to the engrave lines. Adjust to taste.

I ended up with:

At this point I will apply a layer mask to the layer. I will then copy the starting desaturated layer and paste it into the layer mask.

This is what it looks like with the layer mask applied:

At this point I will use a brush and paint over the background with black to mask more of the effect, particularly from the background and edges of her face and hair. Once I’m done, I’m left with this:

I’ll now set the layer blending mode to “Darken Only”, and create a new layer from visible again.

Now adjust the levels of the top layer (not the mask!), by selecting it, and opening the levels dialog:

Adjust to taste. In my image I pulled the white point down to about 175.

At this point, create a new layer from visible again.

Now make sure that your background color is white.

On this new layer, I’ll run a strange filter that I’ve never used before:

Filters → Distorts → Erase Every Other Row…

In the dialog, I’ll set it to use “Columns”, and “Fill with BG”. Once it’s done running, set the layer mode to “Overlay”. This leaves me with this:

At this point, all that’s left is to do any touchups you may want to do. I like to paint with white and a low opacity in a similar way to dodging an image. That is, I’ll paint white with a soft brush on areas of highlights to accentuate them.

Here is my final result after doing this:

I’d recommend playing with each of the steps to suit your images. On some images, it helps to modify the parameters of the “Graphic Novel” filter to get a good effect. After you’ve tried it a couple of times through you should get a good feel for how the different steps change the final outcome.

There seems to be many steps, but it’s not so bad once you’ve done it. In a nutshell:


Filed under: portrait, Getting Around in GIMP, hedcut, woodcut, engrave